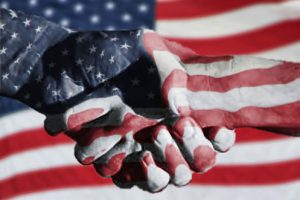 Since the original National Black Election Study in 1984 designed to gauge the impact of Jesse Jackson’s Rainbow Coalition and run for the presidency on Black political behavior, the PRBA has continued to examine structural and socio-cultural influences on the political values, attitudes, and behaviors of people of African descent. This work includes the 1984 &1988 National Black Election Studies, which found that the black electorate was less alienated than many had thought; African Americans were found to be more politically engaged than whites with comparable levels of education. A series of related studies followed (1988-2004), using telephone methodologies. In 2004, the Carnegie Corporation and National Science Foundation supported the beginnings of the National Study of Ethnic Pluralism and Politics which has continued to the present. Commonly known as the National Politics Study, PRBA has conducted telephone, mail, and internet surveys, both pre- and post-election, since 2008 on an ethnically and racially diverse sample (African American, Afro-Caribbean, Hispanic and Asian Americans, and non-Hispanic Whites) to investigate the influence that group attitudes and group-based organizational attachments (especially religious affiliations and behaviors) have on the political preferences, perceptions, and behaviors of Americans of varying ethnic and racial descent. In keeping with our focus on political beliefs, attitudes and behaviors, a major study is planned for the 2020 presidential election year. In addition to interest in political behaviors, the NPS is an empirical vehicle for increasing the knowledge of why and how attachments to one’s racial and ethnic group backgrounds and organizations affect the willingness to participate in multiracial coalitions, the evaluations of candidates and policies, and the decision to engage in various political activities, e.g. contacting elected officials, working on behalf of political candidates, and voting.