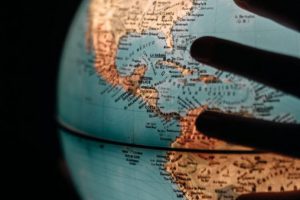 The beginnings of PRBA were rooted in the question of the nature of racial self-identity among African Americans and the effects of various dimensions of these self-beliefs on a wide variety of important outcomes reflected in the major themes of the Program. In fact, the original NIMH grant that supported the NSBA survey was entitled “Racial Identity and Mental Health”. Following the 1960s concern with understanding the nature of Black identity, and especially the implications for willingness to take action on behalf of the group, PRBA’s empirical studies attempted to document the nature, socialization patterns, developmental trajectories, and consequences of these self-designations on Black behavior. Literally 100s of articles and books emanated from the PRBA between the 1970s and 2000. In fact, this focus on identity and identification of who is Black prompted a series of national comparative studies in Western Europe beginning in the mid-1980s and continuing through the early 2000s. These studies were related to understanding the nature of migration to Western Europe of peoples of color from Muslim and non-Muslim countries, and the attitudes, beliefs, and behaviors of dominant white populations in these Western European nations. It was these early European studies of migration that resulted in PRBA’s focus in later studies in the mid to late 2000s of individuals of Afro-Caribbean descent in the U.S., the Caribbean, and their larger Diaspora in England and Canada – studies that are still ongoing and have also expanded to New Zealand and other parts of the globe.

Over the past four decades, the nature of who is Black and the social and economic composition of this population in the United States has undergone profound changes. The migration of peoples of African descent from Africa, the Caribbean and elsewhere, to the United States has increased the complexity and ethnic heterogeneity of the Black population. This migration has created increasing challenges to research, community outreach, and public policy proscriptions. This is one of the major reasons for undertaking the National Survey of American Life (NSAL) with a focus on disentangling racial and ethnic group composition and the meaning and effects of black-ethnicity and black-race on the types of outcomes represented in the major themes of the Program. The NSAL is the largest program of study on the physical and mental health of African Americans and people from the Caribbean of African descent ever conducted. Data from the NSAL project permits, for the first time, the identification of differences between African Americans and Blacks from the Caribbean. The continuing work on comparative studies of African descent peoples in the U.S., Canada, England and the Caribbean itself, is an attempt to understand how factors contributing to migration interact with contextual factors differentially across all of these receiving countries to affect successful migration transitions and adjustments.

While there has been a well-documented growth and increasing diversity of peoples of African descent in the United States, over the decades, there has also been a less well-known movement of African Americans all over the globe. While African Americans have lived abroad for centuries, we believe there is an unprecedented number currently living overseas. Therefore, PRBA is conducting a new important initiative, The African Americans Living Abroad Project (#WeGlobal), to investigate this phenomenon. Conducting surveys and interviewing African Americans living around the world present several substantive and methodological challenges, including not having a list of those who are living outside of the United States. We are developing innovative domestic and international methodological strategies to locate and “Give Voice” to these largely unknown Black Americans who have voluntarily chosen to move to global locations outside of the United States.

The international PRBA program of work, represented by #WeGlobal, is just the beginning in understanding black nativity and migrant circumstances in a comparative framework world-wide. Other studies will include more focus on the Caribbean, Canada, England, the Middle East, Asia, and other world-wide locations. #WeGlobal is a new chapter in understanding and documenting the nature of the lived experiences of the African American and African descent populations more broadly.