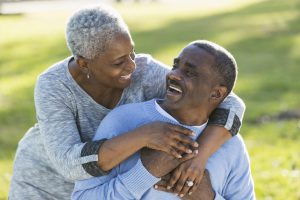 PRBA has conducted a broad array of studies, workshops and training programs to understand factors related to life-course development and successful aging among African Americans. This rich area of research includes 100s of articles and several books on aging, human development and life-course development. Additionally, a former PRBA faculty member, Rose Gibson, was the first African American to be the editor of the Gerontological Society of America’s (GSA) flagship Journal, “The Gerontologist”.

For over two decades, PRBA has been supported by the National Institute on Aging for the Michigan Center for Urban African American Aging Research (MCUAAAR). MCUAAAR is a collaborative research and administrative effort based at the University of Michigan, Michigan State University, and Wayne State University, and is one of twelve Centers coordinated by the Resource Centers for Minority Aging Research (RCMAR) to empirically investigate and reduce health disparities between minority and non-minority older adults. MCUAAAR has developed a successful mentoring program focused on building a network of minority investigators committed to becoming productive scholars in the area of health and aging. Health promotion and the reduction and elimination of health disparities are only possible with the effective recruitment and retention of African American and other minority elders in health research. MCUAAAR continues to build on research programs in these areas and to reach out to seniors in the city of Detroit with the explicit purpose of building upon our developed databases of individuals who have agreed to be contacted for health research purposes. MCUAAAR’s research has a special emphasis on cognitive functioning and dysfunction, cognitive appraisal, and perception as they relate to a wide range of health outcomes and disorders, the promotion of independence, and the understanding of how demographic and social changes relate to health disparities and their elimination among older African Americans and other minority populations. Two of MCUAAAR’s long-term scientists were recently awarded a new RCMAR at ISR, the Michigan Center for Contextual Factors in Alzheimer’s Disease (MCCFAD), to study Alzheimer’s and related dementing conditions in racial and ethnic minority groups. MCUAAAR shares space, programming, and focus with MCCFAD.