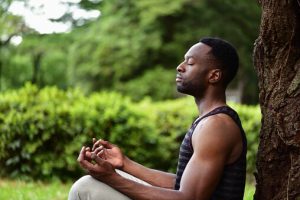 Since its beginnings in the mid-1970s with the National Survey of Black Americans, PRBA has been concerned with understanding the nature and potential amelioration of racial group disparities and inequities in both physical and mental health statuses. Initially, the PRBA’s physical and mental health research focused on how African Americans coped with serious personal problems, including the use of general medical and specialty mental health care and formal and informal social support networks. The PRBA was also concerned with the demographic and psychosocial correlates of stressors, experienced stress, and psychological distress.

In the mid-1980’s, as a result of the NIMH Epidemiologic Catchment Area (ECA) Program, the PRBA research on mental health began to shift toward the epidemiology of major mental disorders, and later an emphasis on mood and anxiety disorders. This shift was reflected in the Program’s African American Mental Health Research Center (AAMHRC) which was supported in the 1990’s by the National Institute of Mental Health. The AAMHRC investigated such issues as the diagnosis (and possible misdiagnosis) of depression and schizophrenia, community conceptualizations of mental disorder, and help-seeking for serious mental illness. In the mid-1990s the AAMHRC was expanded to study issues related to the mental health of children and adolescents, and in 1995 the AAMHRC conducted a community psychiatric epidemiologic survey in Detroit, exploring the prevalence of such disorders as major depression, generalized anxiety, and phobias.

Research supported under the AAMHRC led to an emphasis on the chronically mentally ill in urban areas. Thus, for the past two decades, PRBA researchers have worked closely with clinicians in the Detroit area to explore the quality of mental health care and treatment of African Americans. This collaboration between academic and public health-delivery-settings provided an opportunity to forge links between individuals with research expertise and “front-line” mental health professionals responsible for delivering community services.

In February 2001, the PRBA mounted a major national psychiatric epidemiologic investigation of mental disorders, The National Survey of American Life (NSAL). The NSAL was part of the National Institute of Mental Health Collaborative Psychiatric Epidemiology Surveys initiative that included three nationally representative surveys: the NSAL, the National Comorbidity Survey Replication, and the National Latino and Asian American Study. This study was the largest investigation of the mental health of African Americans and people from the Caribbean of African descent ever conducted. Data from the NSAL project permitted for the first time the identification of differences between African Americans and blacks from the Caribbean. Future work will continue in these directions while continuing the investigation of the validity of epidemiologic case-finding and the importance of subjective clinical judgment within the context of ethnic and racial group cultural features. A great deal of this research has now been subsumed under the PRBA working group on the Social Neuroscience of Health Disparities (SNOHD) which is focused on the integration of biological, neuroscience, psychological, social, and environmental influences on observed population disparities in the intersection of physical, cognitive and mental health disorders.