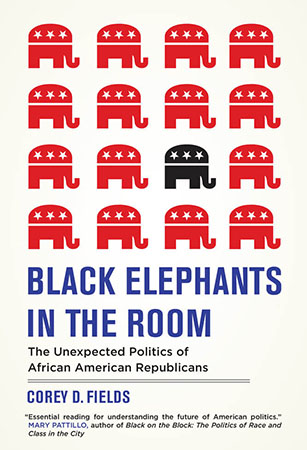 Black Elephants in the Room: The Unexpected Politics of African American Republicans 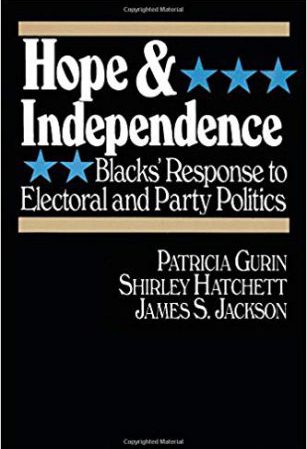 Hope and Independence: Blacks’ Response to Electoral and Party Politics 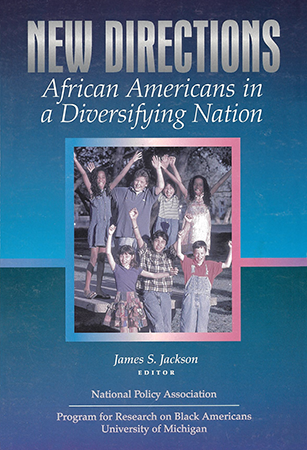 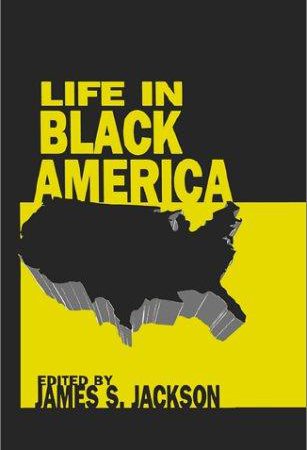 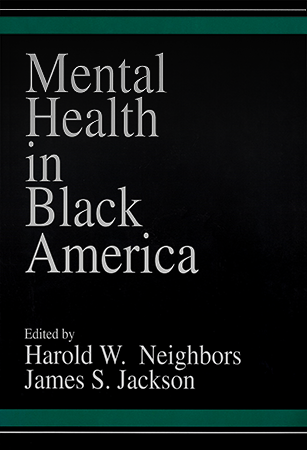 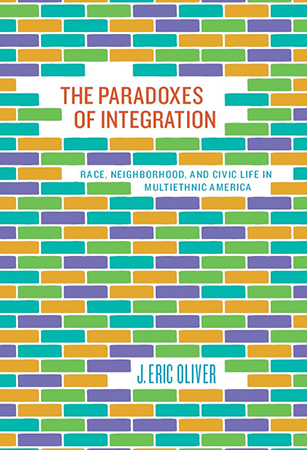 The Paradoxes of Integration: Race, Neighborhood, and Civic Life in Multiethnic America 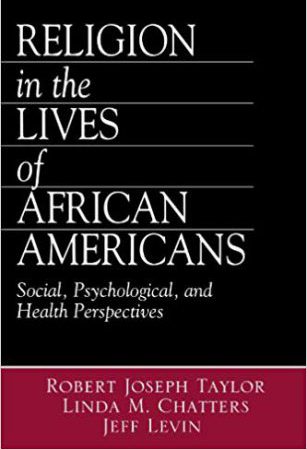 Religion in the Lives of African Americans: Social, Psychological, and Health Perspectives 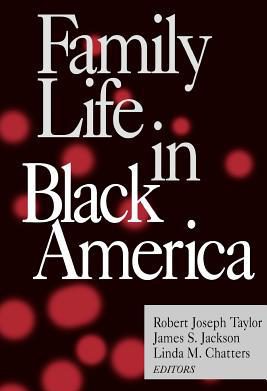 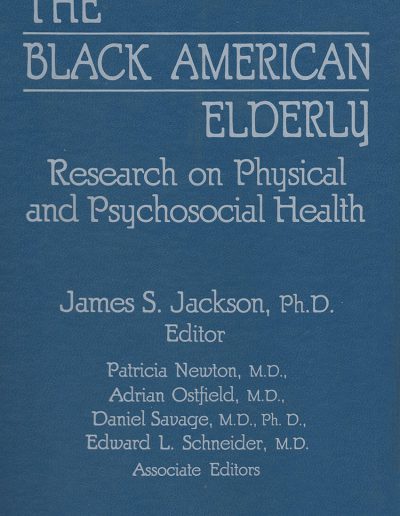 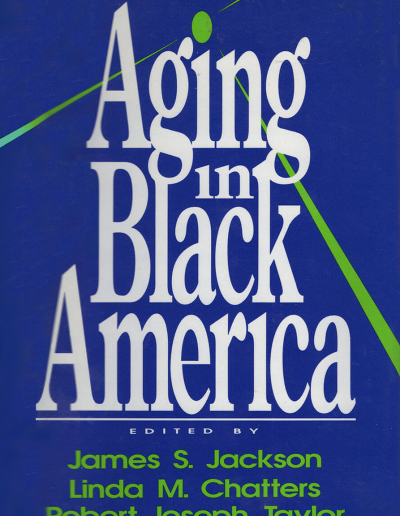 “Black Elephants in the Room considers how race structures the political behavior of African American Republicans and discusses the dynamic relationship between race and political behavior in the purported “post-racial” context of US politics. Drawing on vivid first-person accounts, the book sheds light on the different ways black identity structures African Americans’ membership in the Republican Party. Moving past rhetoric and politics, we begin to see the everyday people working to reconcile their commitment to black identity with their belief in Republican principles. And at the end, we learn the importance of understanding both the meanings African Americans attach to racial identity and the political contexts in which those meanings are developed and expressed.”

Black Participation in American political life has been a recurrent subject of analysis and scholarship. Its import increased manifold when the 1965 Voting Rights Act began to loosen the political chains that had bound southern blacks ever since the 1890s. By the 1970s, scholars had begun to talk of a New Black Politics that fused protest and electoral forms and had a strong base in organizations spawned by the Civil Rights and Black Power movements of the 1960s. The 1984 election offered a special opportunity to shed light on a long history of black politics by going directly to black Americans in a broad-scale national survey.

Blacks and Electoral and Party Politics: A Historical Overview
The Political Motivation and Resources of the Black Electorate
Separate Themes: Support for Jesse Jackson and Advocacy of a Black Political Voice
Supporters of Jesse Jackson: Their Solidarity and Their Political Outlooks
Advocates of a Black Political Voice: The Powerless Seeking to be Heard
Social Class, Black Solidarity and Politics
Basic Themes in Black Politics
(App. A) Methodological Issues in Telephone Surveys of Black Americans:
The 1984 National Black Election Study

Presents significant and timely data on eight topical areas as well as thought-provoking recommendations for eliminating racial disparities and promoting greater awareness of the complexities arising from America’s new diversity.
Beginning with a review of current demographic data and an analysis of public attitudes on race and other policy issues, the study addresses income and wealth, education, health, family structure, politics, and criminal justice. It finds that the increasing diversity within the African American population indicates both progress and continuing challenges in each area. The study discusses the potential of several models of intergroup collaboration and the pitfalls of competition as all sectors of society seek to obtain the benefits of America’s growing prosperity.
In the tradition of several seminal works in the past century, New Directions: African Americans in a Diversifying Nation contributes to a greater understanding of race relations in contemporary America. W.E.B. DuBois’s oft-quoted insight in his 1903 work, The Souls of Black Folk, that the problem of the 20th century would be the “color line” has indeed been proved true. In 1944, Gunnar Myrdal’s An American Dilemma: The Negro Problem and American Democracy shed powerful light on the extent of racism in American society as it approached mid-century. The National Research Council’s 1989 work, A Common Destiny: Blacks and American Society, documented the dramatic changes for African Americans in the postwar years.

Life in Black America presents an abundance of recent research on the social, psychological, economic, and political behaviors of Americans of African descent. Originating from the National Survey of Black Americans (NSBA), this book examines this major research project–the first study to sample a truly representative cross section of blacks in America.

The purpose of this book is to present current knowledge on a relatively unexamined scientific subject–the black aging process–and to explore where future research efforts should be directed. This book is a compilation of papers that were presented during a two-day workshop, “Research on Again Black Populations,” health at the National Institutes of Health on September 25 and 26, 1986. The National Institute on Aging, the American Association of Retired Persons (AARP), and the Department of Health and Human Services’ Minority Health Office served as co-sponsors.

Reflecting the major substantive issues related to psychological and social dimensions of aging, this book offers a broad perspective on a variety of issues relating to black Americans today. Among the topics examined are community, friends, and family; church and religion; health, social functioning, and well-being; group identity and political participation; and retirement and work.

“The United States is rapidly changing from a country monochromatically divided between black and white into a multiethnic society. The Paradoxes of Integration helps us to understand America’s racial future by revealing the complex relationships among place, community, and racial attitudes among Asian Americans, Blacks, Latinos, and Whites.”

The religious faith of African Americans has many avenues of expression. Consequently, there has been a long-standing interest in the nature, patterns, and functions of religion in the lives of this particular ethnic group. African American religious life, in all its forms, is a vibrant, creative, resourceful testament to the power of faith to uplift and sustain in the face of prejudice, discrimination, and exclusion.

Religion in the Lives of African Americans: Social, Psychological, and Health Perspectives examines many broad issues including the structure and sociodemographic patterns of religious involvement; the relationship between religion and physical and mental health and well-being; the impact of church support and the use of ministers for personal issues; and the role of religion within specific subgroups of the African American population such as women and the elderly. Authors Robert Joseph Taylor, Linda M. Chatters, and Jeff Levin reflect upon current empirical research and derive conclusions from several wide-ranging national surveys, as well as a focus group study of religion and coping.

Foreword – James S. Jackson
Introduction
African American Religious Participation
The Frequency and Importance of Prayer
Prayer as a Source of Coping
Use of Ministers for Personal Problems
Church Members as a Source of Social Support
Negative Interaction Among Church Members
Impact of Religion on Physical Health
Impact of Religion on Mental Health and Well-Being
Coclusions and Implications

Over the past 20 years, African American families have undergone tremendous changes, both demographically and socially. During this time, most of the studies of Black families have focused on problems, such as out-of-wedlock births, single-parent families, and childhood poverty. While an accurate appreciation of the challenges confronting Black families is important and needed, a “problem focus” tends to offer a narrow, negative view and restricts the consideration of other important issues affecting families. Family Life in Black America moves away from this deficit perspective and the result is enlightening both in its comprehensive reach and systematic scholarship. Readers of this volume will be pleased with the wide range of issues dealt with in this volume, including maturation, mate selection, sexuality, procreation, infancy, adulthood, adolescence, gender issues, young adulthood, cohabitation, parenting, grandparenting, and aging. Each article is firmly grounded in empirical data, based on, but not limited to, the National Survey of Black Americans (NSBA). A fresh aspect of this book is the amount of diversity it reveals within African American families and the forces that shape, limit, and enhance them

Both uplifting and informative, Family Life in Black America is truly unique in its field and will be used by professionals and students in ethnic studies, family studies, social work, psychology, research methods, and gerontology.