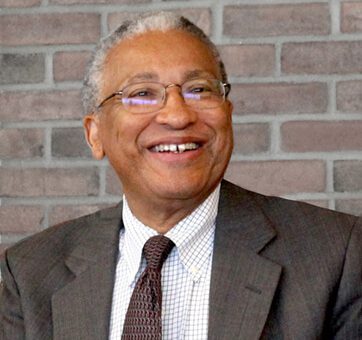 None of us get there on our own. No one becomes successful without the assistance of other. I know, because it’s been the people in my life, past and present – students, family, mentors – that have guided me over all these years.

A Lifetime of Achievement

In 1973, a year after completing his Ph.D. in Social Psychology, James S. Jackson made history by becoming the University of Michigan’s first full-time African-American faculty member in the Department of Psychology. And ever since, he never stopped making history.

During his long and eventful career, James helped launch landmark studies, founded iconic programs, and pursued new directions in research on the racial and ethnic life course development of blacks. Among his many honors, he has been named a fellow of the Gerontological Society of America, the American Academy of Arts and Sciences, the American Psychological Association, and is the W.E. B. Du Bois Fellow of the American Academy of Political and Social Science. In 2014, he was appointed by President Barack Obama to serve on the prestigious National Science Board.

Often referred to as a “Renaissance Man” by admiring colleagues, James has pursued a wide range of research focused on mental health and aging in minority populations, often collaborating with colleagues in psychology, sociology, political science, gerontology, and other disciplines. Despite the unrelenting demands of research and administration, he has been—and continues to be—a dedicated mentor, taking every opportunity to work with the next generation of scholars.

Among his many leadership roles, James was director of the University of Michigan Center for AfroAmerican and African Studies. In addition, he served as president of the Society for the Psychological Study of Social Issues and the Association of Black Psychologists. 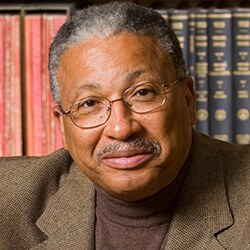 During his decade-long tenure as director of ISR, James was a tireless advocate, an inclusive and dynamic administrator, a sustaining force for faculty, and a visionary leader. With the goal of positioning the Institute for future growth, he oversaw construction of a 50,000 square foot facility designed to increase research capacity, enhance global communications, promote innovation, and facilitate the training of young researchers.

In 2015, James completed his term as director of ISR. To honor and celebrate his many achievements, the Institute has established the James S. Jackson Emerging Scholars Fund. By providing support for tomorrow’s research scientists, this endowment will serve as a living, enduring tribute to the contributions of a remarkable leader, scholar, teacher, and mentor.

Please use this form to tell us how PRBA and James have had an impact on your life and career.

Developing the Research Scientists of Tomorrow

The James S. Jackson Emerging Scholars Fund will extend the mentoring efforts of the Program in Research on Black Americans by providing support for up-and-coming University of Michigan research scientists.

This endowment will honor and build on James’ work as a scholar and mentor by providing modest but strategic research and travel grants to post-doctoral candidates and junior faculty members affiliated with PRBA.

Emerging scholars, particularly minorities, are often at the most creative and productive – but also the most fragile – stage of their careers. At this point, even small awards can make a significant difference, helping young scholars navigate a difficult transition phase and enabling their continued growth and development in concentrated research areas.

Past faculty and alumni from PRBA gathered in June of 2016 to celebrate the program’s 40th reunion. 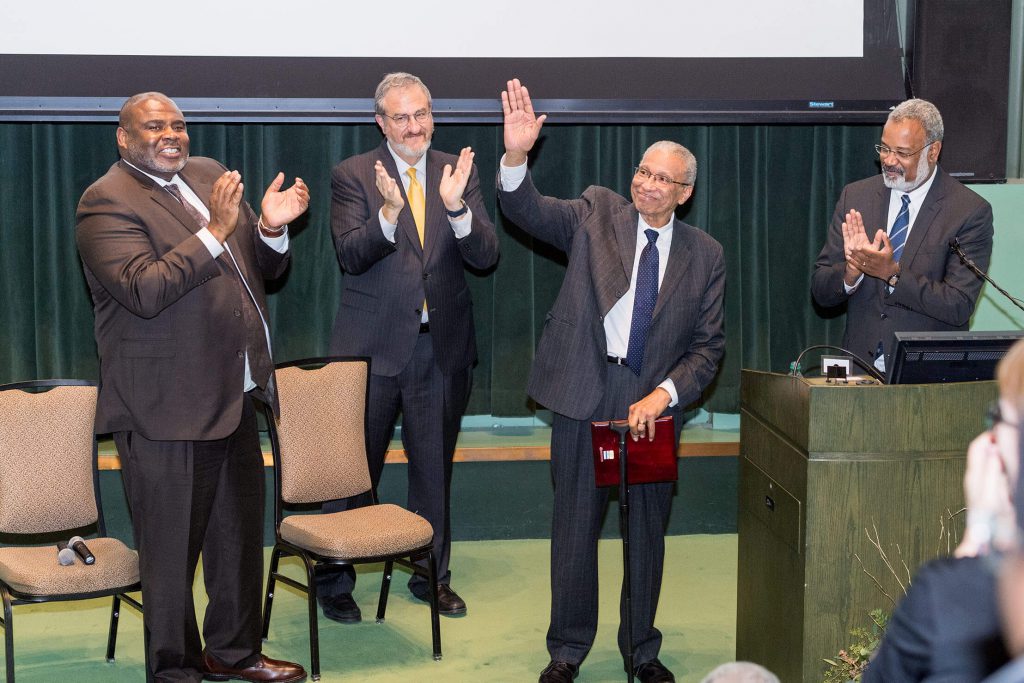 How you can contribute to this Legacy Fund

This fund offers an opportunity to support promising scholars, many of them minorities, at a make-or-break moment in their careers. For colleagues, friends, and former students, it also offers an opportunity to recognize James Jackson’s mentorship and dedication to the next generation—and to assure that his legacy will continue for decades to come.