Our dear friend, colleague, mentor, scholar, visionary, and titan at the University of Michigan, Professor James S. Jackson, passed away Tuesday evening, September 1st, in Ann Arbor after a long battle with cancer. He passed away peacefully with his wife, Toni, and daughters Ariana and Kendra by his side. 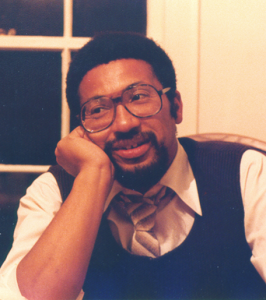 During his illustrious career, James was the Director of the Institute for Social Research, Director of the Center for African and African American Studies, member of the National Science Board and a past president of the Association of Black Psychologists and Society for the Psychological Study of Social Issues. 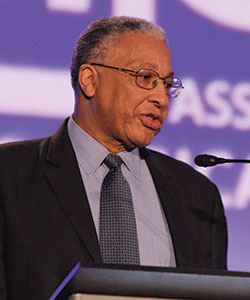 Most importantly he was a mentor to numerous students, postdoctoral scholars, and junior faculty. His role in mentoring several generations of African American scholars cannot be overstated, both for its contribution to diversifying academia and enhancing knowledge on race and ethnicity in the U.S. James mentored students, post-docs and junior faculty in numerous fields including Psychology, Sociology, Public Health, Social Work, Political Science and Economics. His proteges have now become Deans, Associate Provosts, Department Chairs, Endowed Professors, and leaders in their fields of study.

Our deepest condolences to Toni Antonucci, daughters Kendra and Ariana and the many family, friends and colleagues who knew and learned from this great and brilliant scholar.

Further information about final arrangements and commemoration will be forthcoming.

American Association for the Advancement of Science:
James S. Jackson (1944–2020)

The Association for Psychological Science:
A Conversation With James S. Jackson: November 25, 2014

The New York Times:
James Jackson, Who Changed the Study of Black America, Dies at 76