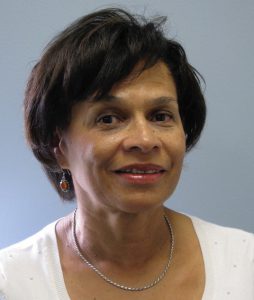 Belinda Tucker came to the University of Michigan in 1971 as a graduate student in social psychology. Coming out of the turbulent 1960s, she was drawn to the program by its demonstrated commitment to diversity and to addressing societal ills (which seemed monumental at the time). She was especially attracted by its welcoming faculty, including Pat Gurin, Elizabeth Douvan, and Ewart Thomas, and the strong sense of community among the students. As luck would have it, James Jackson was hired as a new professor that very year. And the rest, shall we say, is history.

Upon completion of her doctorate, Tucker worked with Jackson (the PI) and Gerry Gurin to write the proposal to NIMH that launched the National Survey of Black Americans (NSBA). She fondly recalls the high times and feverish work ethic that bonded for life the group of students and faculty who toiled to create that first-ever national probability-based survey of African Americans. Dr. Tucker worked on the NSBA with an appointment as Study Director in the Survey Research Center at ISR from 1975 – 1981 (with a leave of absence from 1978 – 1981). She also served on the Executive Committee of PRBA from 2005-2015. In 2016, she received an award for Outstanding and Enduring Contributions in Research, Mentoring, and Academic Service from the PRBA, and in 2018 she received PRBA’s Lifetime Achievement Award.

Tucker relocated to the University of California, Los Angeles in 1978, eventually becoming Professor of Psychiatry and Biobehavioral Sciences and the inaugural Vice Provost for the Institute of American Cultures. For over 40 years, Tucker has published extensively on the nature of close-personal relationships in sociocultural context, including changing patterns of family formation, using both quantitative and qualitative research methods. Largely with National Institutes of Health funding, she has directed or co-directed a number of other major national studies including a 21-city Survey of Families and Relationships (SFR) with Claudia Mitchell-Kernan that examined the social context and social-psychological correlates of family formation behaviors and attitudes in the U.S. and a national survey of the residents of Jamaica on psychosocial risks for HIV/AIDS (with PI Gail Wyatt). Her studies also include inter-ethnic relations, the transition to adulthood among urban Black youth from distinct cultural groupings, and the impact of incarceration on family members and close ties. From 2003 – 2009, Tucker directed the national NIMH funded Family Research Consortium IV, a collaborative network of scholars focused on family mental health, and its national postdoctoral fellowship training program. Tucker is the recipient of both a Research Scientist Development Award and an Independent Scientist Award from NIMH.

Although now professor emerita (she officially retired in June 2018), she admits that the process has been less than successful. She currently serves as Special Liaison for Faculty Development under the Vice Chancellor for Academic Personnel and is immediate past president and executive committee member of the Board of Governors for the UCLA Faculty Center (the campus’ private dining and conference facility). She also continues to serve on professional boards and steering committees in an advisory capacity. She enjoys travel and physical activity and, enhanced by bilateral hip replacements, ran the 2017 Dexter-Ann Arbor Half-Marathon. She was one of the 32 inaugural DXA2 runners (in 1974) and plans to return for the 50th anniversary run in 2024. Her husband of 39 years, Russell Stockard (professor of communications, California Lutheran University), participated in one of the PRBA summer programs. They have two sons, Desmond and Daren, who are pursuing careers in IT and education, respectively.