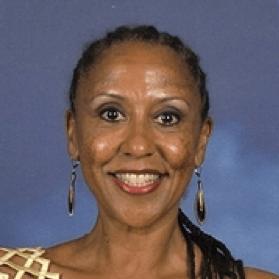 Dr. Deborah Robinson has been appointed Research Investigator within the Research Center for Group Dynamics (RCGD), at the University of Michigan’s Institute for Social Research. She is also Assistant Director for International Projects at the Program for Research on Black Americans, which is a part of RCGD. This appointment is really “full-circle” for Robinson as she completed her Ph.D. in Social Psychology at Michigan and she worked on several PRBA studies while a graduate student; the National Survey of Black Americans, the Three Generational Family Study, and the National Black Election Study.

Dr. Robinson is also a senior administrator and has worked with institutions of higher education, grassroots organizations, churches, movements in numerous countries, and most recently, public libraries. She has lived, worked in, or traveled to 75 countries to date and has been involved in a variety of issues; human rights, environmental justice, racism, sustainable development, and even emergency management. The thread that ties this work together is that it was all conducted from a social justice perspective and focused on issues of inclusion and marginalization.

Previously, Robinson was Academic Director at the School for International Training (SIT) Graduate Institute, DC Center. Before that, she was Director of the Emergency Readiness and Response Management degree program at the National Labor College and prior to that, she was Executive Director of the National Legal Preparedness Training Program at the University of the District of Columbia.