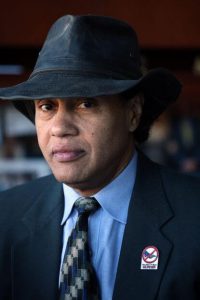 Carl C. Bell was a scholar, activist, educator, administrator, navy officer, a leader in the community mental health movement, as well as being a renowned psychiatrist. Maybe more than anything else, he was committed to the African American community of southside Chicago. He worked tirelessly to reduce all forms of violence there, and nationally. He wrote and worked on issues such as fetal alcohol syndrome, multicultural psychiatry, trauma and its aftermath, the misdiagnosis of bipolar disorder, the criminal justice system, and gun violence and prevention. These issues became a crusade for him; a crusade to break the circle of black violence. We are forever grateful for his tremendous contributions and commitment.

Dr. Bell was key scientific advisor to PRBA; he served on our National Advisory Committee from its inception and helped us think about mental disorder perspectives. His contributions have been reflected in virtually all of our studies and questionnaires. Dr. Harold Neighbors remembers that, “He was one of the first people I met who launched a media campaign to raise awareness of the role of the handgun in Black mortality — way before just about anyone else. My collaboration with Carl was primarily around the diagnosis and potential misdiagnosis of mood disorders in Black psychiatric patients. His papers in 1980 and 1981 published in the Journal of the National Medical Association were crucial to my thinking and work on this topic and in fact, contributed to the field’s thinking about how to identify cases of depression in non-patient community samples.” For his longstanding involvement, commitment, and assistance to PRBA, he was awarded our Lifetime Achievement Award in 2016.

Dr. Bell was born October 28, 1947 in Chicago and received his BA degree in biology from the University of Illinois. He received his MD degree in 1971 from Meharry Medical College in Nashville, TN and completed his residency at the Illinois State Psychiatric Institute in Chicago. He was a researcher with the National Institute of Mental Health and author of more than 500 books, chapters, and scientific publications. He received many awards and honors – recipient of the American Psychiatric Association Distinguished Service Award and the Adolph Meyer Award for Lifetime Achievement in Psychiatric Research, E.Y. Williams Distinguished Senior Clinical Scholar Award from the National Medical Association, the American Psychiatric Association President’s Commendation on Violence – to name a few.

In his tribute to Dr. Bell, Psychiatric Times editorial board member Dr. H. Steven Moffic noted, “The day after his death, two unprecedented mass shootings occurred, the kind of interpersonal violence that Dr Bell always tried to prevent in his professional life.” His wise counsel and influence on the studies and work in PRBA will be sorely missed.